In 2013 (yes, can you believe I am only getting to transcribing these memories now?), I spent a significant amount of time in Bali, where some truly unforgettable memories took shape. Here are snapshots of those days.

GoPro selfie at the “villas”/guest houses

The last time I had been to Bali was in 2002. At the time, I had gone with family, and we stayed mainly in the confines of the Nusa Dua resort compound – large, expansive, filled with 5-star resorts, and private beaches. Save for two forays out to Ubud (then not quite the busy tourist haven it is now), and Waterbom, our days were mainly spent in the many pools at the Laguna (at the time: Sheraton), on the shore getting our hair braided, or in the ocean – soaking in the sea.

I had no expectations coming into this solo trip. All of my expectations had so far been dashed, anyway. It was meant to be a break from work with two friends; which turned into a dive trip with just one of them; and then came down to just me when the morning before I was informed that the Last Friend Standing had come down with the flu.

Thankfully, I did have one contact there already: then friend, (spoiler alert) now husband: Jay, who was on a 2 month break between jobs, getting a PADI scuba instructor license. I figured, well after that solo trip to Nepal, nothing can be daunting. Plus, I thought to myself, it’s Bali, in the wake of Elizabeth Gilbert’s Eat Pray Love, it’s like the ultimate “Millennial” pilgrimage site of choice.

Armed with my backpack, gym bag, and zero hotel reservations, Jay helped me arrange a dive safari package with his school (Blue Season Bali), which came with airport transfers, and I was on my way.

First stop, and home base, was Sanur – a sleepier, long-term stay beach; with a good mix of 5-star resorts sprinkled amongst beach town charm, home grown brands, and expats and locals alike. Many of the dive schools are based in Sanur, making it a common area for dive masters in training, and scuba enthusiasts. Besides that, it’s also where several villas that do “Winter Breaks” for large European tour groups (predominantly made up of retirees) are situated. This gives it a sense of stability that’s otherwise lacking in Kuta and Seminyak; and a casual air you won’t quite get in 5-star packed Nusa Dua.

My first week there, I experienced many Sanur must’s:

But it was in the weeks after as I returned recurrently that I really got a wonderful feel of the town. From the Sanur Kite Festival, to walks along the beach; from Sunday market, to afternoon tea at The Porch; from babi guling at (you guessed it) Babi Guling Sanur, to whiling time away at Blue Season Bali with Jay and his crew of Scuba instructor and dive master interns…many an unforgettable memory were made in Sanur, and it is still a place we go back to whenever we’re there. No fail. 4 years on. I will explore all these “land themes” in a later travelogue. In the meantime, I’d like to focus on the heart of this first trip: my dive safari.

Lost in Sanur with Amy

As part of my dive safari package, Jay helped set it up so that I could get my Advanced Open Water Diver (AOWD) license. A quick upgrade from the Open Water one I’d gotten earlier in the year. To do this, there were several components: written, and theory (to be done as directed by my instructor [now good friend too] – Anne-Laure, and Jay [my assigned Dive Master buddy]), as well as practical (in the open ocean). The practical bit needed to be accomplished across 5 dives chosen from several “types”. The ones we chose for me were: 1) Underwater Navigation (mandatory); 2) Deep Dive (mandatory); 3) Peak Performance Buoyancy; 4) Wreck Dive; 5) Drift Dive. The latter two are “Adventure Dives” and are still credited to the AOWD certificate. 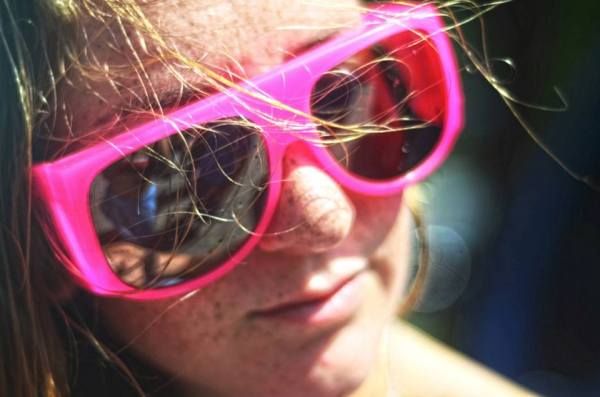 On Day 1, we were to head to Tulamben. A 2 hour-or-more drive from Sanur to a 2-site dive area with shore entry dives from a (very) rocky beach. This is where I would accomplish my Underwater Navigation, and Wreck dives.

Tulamben is famous for a wreck site known as the Liberty Wreck, and for good reason. Out of all the dive sites I’ve been, Tulamben has so far been the most consistent in terms of ease of dive (it’s usually pretty predictable in terms of currents, and it’s rare to experience rough conditions), and excitement on dive (no matter what season, you’ll see fish. There are residents in the wreck that you’ll almost never miss out on – from Barry the Great Barracuda, to even a sea turtle).

The nice thing about Tulamben is it’s also a very scenic drive from Sanur. Along the way, you drive by highways a stone’s throw from the ocean – nearly at sea level; and meander up winding roads lining rice terraces. A great set up to a good dive day.

On our first dive that day, we explored the wreck. I followed Jay as we frog-kicked our way from one point on the bow to a deck at the back. We took a short deviation down into a cavity in the wreck where we saw Barry the Great Barracuda, and this was perhaps my first time to be assaulted by so much sea life at once. So far, my experience had been isolated to beginner sites in Malaysia, where coral was often dead (from beginner divers kicking, and times of dynamite fishing now past), and the best things we saw were typically solitary or in a cluster of sameness: a little octopus on the ocean floor here, a gorgeous school of gar there, but not much in between. Tulamben, however, was brimming with life everywhere.

The second dive of the day was in the Macro/Muck Dive site right next to the wreck where it was common to find tiny creatures (nudibranches, frog fish, cuttlefish). That was where we accomplished my Navigation Dive. With a compass and a dive computer, I navigated Jay and myself in a perfect rectangle as directed by Anne-Laure on her underwater dive slate.

We surfaced, had way too much nasi goreng at a nearby eatery, and snacked on tempe chips the whole car ride back – sun-kissed and full of energy from the sea.

All photos of me except Jay on the bottom left

Rice paddies along the way to Tulamben

I was doubtful that Day 1 of diving could be topped. But Day 2 of my Dive Safari was to be the day of my Deep Dive, Drift Dive, and Peak Performance Buoyancy Dive; and Jay had talked up the site: Nusa Penida, countless times over the last 36 hours. “The other day, we got stuck in a crazy current, and Brent [a fellow Dive Master Intern] and I had to hold on for dear life to rocks on the ocean floor. That day, another dive group even lost a diver. Temporarily, though. I mean. They found her.” It sounded like a lot more trouble than it was worth, but back then I was single, adventurous, and hungry for challenges. I was eating the thrill up for breakfast.

To get to Nusa Penida, we had to take a boat from Sanur Beach. In that area, it was known for crystal clear waters, strong currents, manta ray, and Mola Mola (Sun Fish) – if the season was right. Our first drop was Manta Point. We backrolled into the water. It was choppy and my stomach lurched with the waves, but I was too excited to even bother with the nausea. We descended quickly but carefully: this was to be my Peak Performance Buoyancy dive. Once we hit our desired depth, Anne-Laure and Jay stopped me, and directed me through the PPB challenge. It was over very quickly. They gave me enthusiastic “OK” signs with their fingers and we continued on our dive.

This was the first time I saw a Manta Ray in open water, face to face with me. I will never forget that moment. And the beautiful creature was not alone. There were many of them. Swimming in a pack right by us.

The rest of the dives that day were a blur (both literally and figuratively). The Crystal Bay dive brought more Manta, and the Sakenan dive was the literal blur. As it was a drift dive, we basically rode a current for about 25/30 minutes over the most colorful coral and fish big and small. Some less fortunate divers brushed their fingers accidentally against some of the gorgeous red coral, only to regret it severely later on when they realized it was fire coral and it itched and stung like no other.

The boat picked us up on the other end and just as we got in, a pod of dolphins surfaced and bobbed and jumped alongside us for a few minutes before disappearing into the blue. Incredible.

Some time between the dives, we had lunch to take a break. There was food on the boat, and we sat out on the deck, rehydrating, snacking, and staring up and the sky. What a day.

Nurya, Pego, and Leon on the boat with us. (Jay’s fellow Dive Master trainees)

It all ended too quickly. We were deposited back on Sanur Beach. A van came to take us back to the dive school where we rinsed and hung up our gear, and made plans with the rest of the group for dinner and drinks.

Since then, we have been diving many more times. But this particular trip does stick out in my mind for the reasons above and more. Stay tuned for more travelogues on Bali – from one more dive account, to foodie excursions, to days out in Ubud, there was much to do both in the sea, and beyond it, and it’s left me plenty to get caught up writing about.

Note: While some things have changed since 2013 in Bali, much of this entry is still relevant to anyone interested in a dive safari there. If you would like to reach Blue Season, you can do so here – or leave me a comment, and I can connect you with folks. They still do Dive Safaris, and they are still a training center where you can get your OW, AOW, Rescue, and Specialty (PADI) licenses. However, if you would like to connect directly with some of the wonderful Dive Masters and Instructors I had the privilege of diving with across the many times I spent there, you can leave me a comment, and I can put you guys in touch.